Home » Our Story » People of the Sands 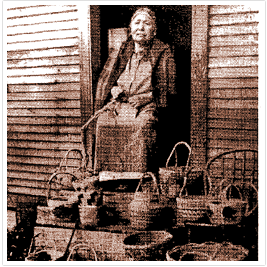 In the old days we gathered sacred roots and berries. We fished the Chehalis, Black, Cowlitz, Satsop, Wynoochee, Elk, Johns, Skookumchuck, and Newaukum rivers. Our people fished and hunted from the mountains, across the prairies, to Grays Harbor and in the lower Puget Sound. In the old days the baskets carried and stored our foods. We relied upon the baskets, the rivers, the land, the roots, the berries, the fish, and the animals. Our lives were tied together by the Creator.

For many centuries, two large groups of Salish-speaking people lived along the Chehalis River. They lived in cedar longhouses with one end open to the water from which they received a bounty of salmon and other river-based sustenance.

These two groups were the Upper and Lower Chehalis, and they thrived for a long time, until the encroachment of white settlers forced them to give up their ancestral lands. Rejecting the unacceptable terms of the treaties offered by the US Government, the Chehalis were regarded as a “non-treaty” tribe. This meant financial aid from the government would be limited and unpredictable.

Despite these challenges, the Chehalis people have endured through self-reliance and determination. Today, the Tribe operates thriving enterprises such as the Lucky Eagle Casino and Eagles Landing Hotel, and has recently built new community and wellness centers that have dramatically enhanced the quality of life for our people.