Home » August Employee of the Month
Tweet
No Comments 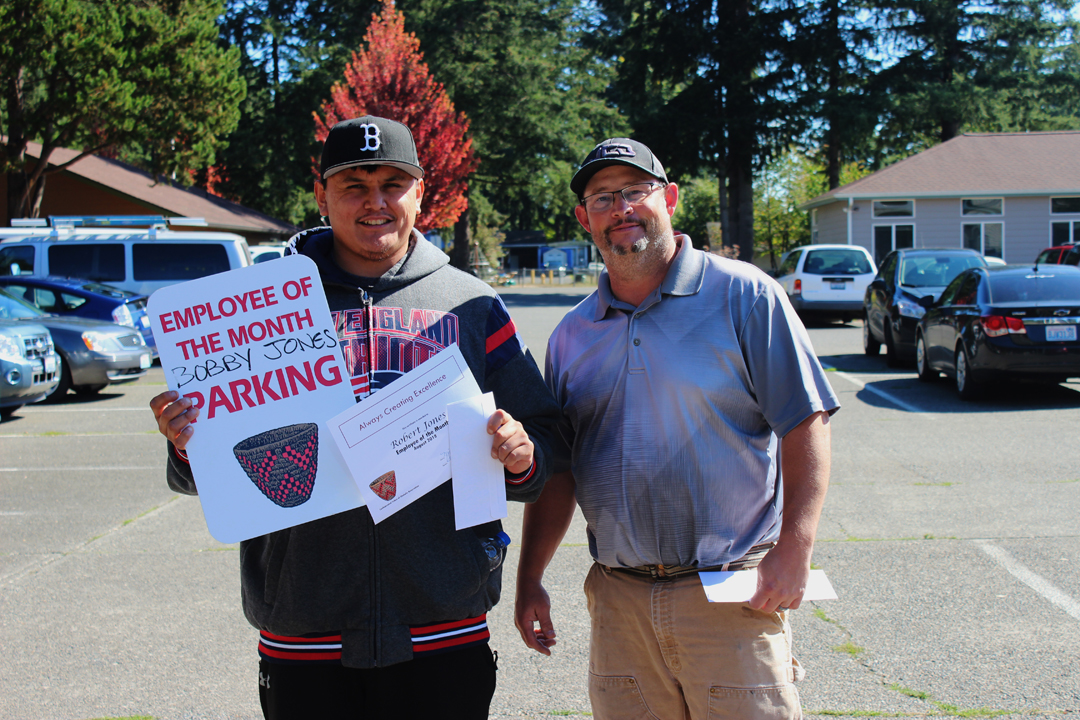 September 19 — Bobby Jones was named the August Employee of the Month for all the hard work he’s done for his department, especially during the month of August. Summer is a busy time for the grounds crew, and his department Director Michael Postlewait nominated Bobby for his continuous efforts to get the list of summer projects completed. One of the main jobs Bobby was partly responsible for was removing the old turf and preparing the grounds for new sod around at the Early Learning building. He assisted in laying 3600 square ft. of sod during the hottest part of the summer.It was a three-week job, which he played a major role in getting the project complete in time and on budget. Five other employees were selected as standout candidates and were recognized for their dedication to making the tribe’s operation successful.