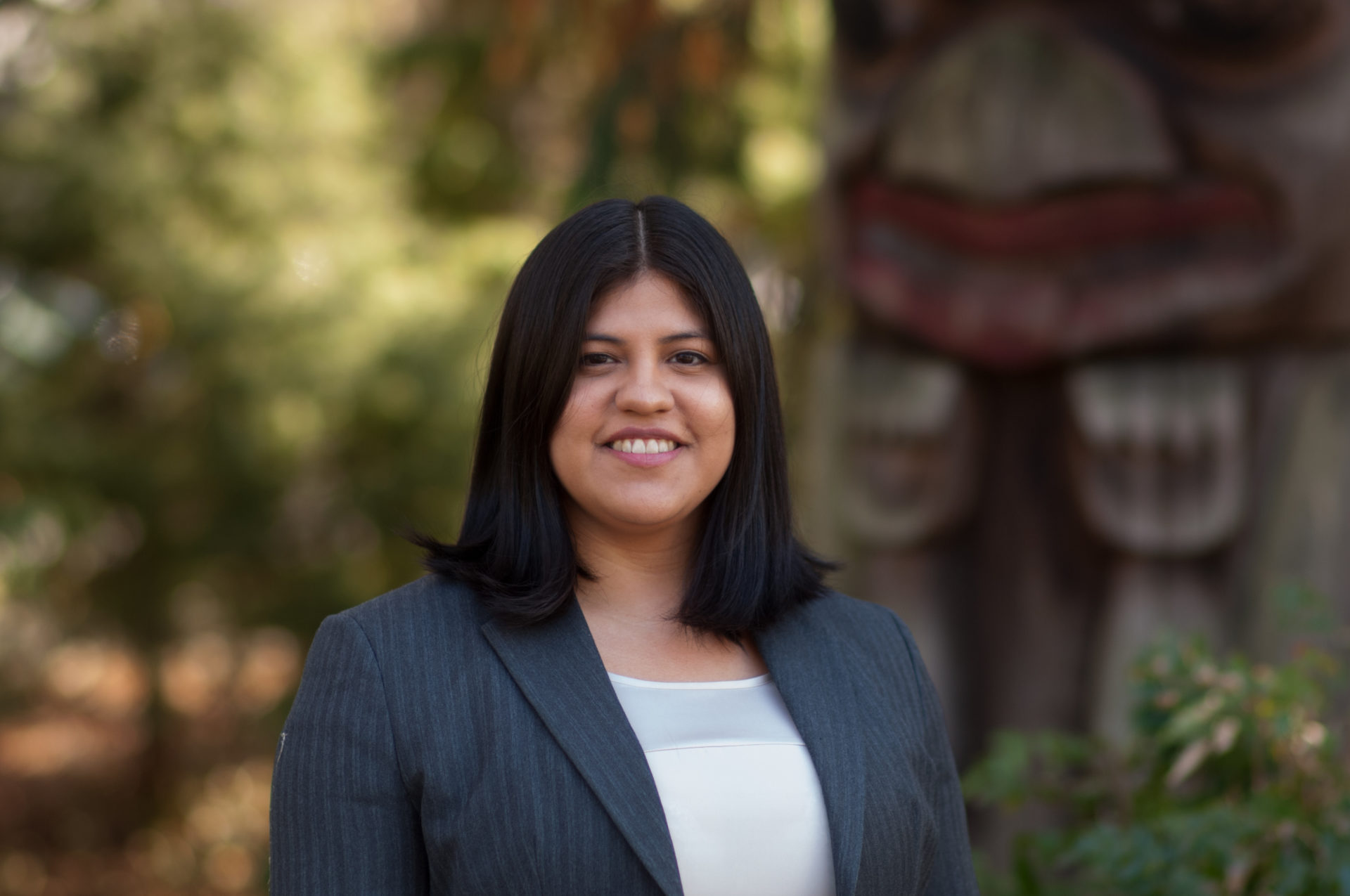 Seattle, WA – On January 1, 2020, the Galanda Broadman law firm welcomed Amber Penn-Roco into its ownership ranks. Amber’s practice focuses on Indigenous environmental compliance, permitting, and litigation, from the tribal governmental point of view. She represents Tribes and Tribal citizens throughout the West.

“I am so proud of my work at Galanda Broadman, where I have been allowed to make my passion into a practice,” said Amber. “I am proud to call myself an Indigenous environmental lawyer. I’ve dedicated my practice to the protection of natural and cultural resources and I’m thrilled to continue my work as a partner on behalf of Indigenous peoples.”

Over the last several years, Amber has fought for tribal clients in Washington and Oregon who seek to protect the Columbia River Gorge and Pacific Coast from fossil fuel contamination.

On behalf of a Treaty Tribe, she persuaded the Columbia River Gorge Commission to uphold a county’s denial of a railroad expansion permit that was being sought to increase fossil fuel cargo in the Gorge. She also helped the Tribe persuade the Washington State Energy Facility Site Evaluation Council to deny a permit that would have allowed Tesoro Savage to transport 360,000 barrels of crude oil each day through the Gorge.

“I have the distinct honor of helping Tribes protect their homelands for sake of the next seven generations,” continued Amber. “I help protect their air, their waters, and their spectacular sacred places. I am indebted to my tribal clients for the opportunities they have given me.”

Amber also helped 66 Grand Ronde Tribal citizens who directly descend from the Tribe’s Treaty Chief, avoid political disenrollment. She co-chaired administrative, trial, and appellate litigation that began in 2013 and culminated with a watershed appellate decision in 2016. That decision required the family to be re-enrolled.

In recognition of her various professional accomplishments, Super Lawyers magazine has bestowed Amber with its “Rising Star” honor for the last four consecutive years. During that same timespan, she has served on the Editorial Board for the National Lawyers Guild’s prestigious journal, Review.

In 2016, Amber published “Standing Rock and the Erosion of Tribal Rights” in Review, where she decried that “Tribes are suffering from an onslaught of projects…that imperil their rights and their sacred duty to protect their surrounding natural resources and culture.” She explained: “A tribe’s rights are often attacked on multiple fronts. Projects that threaten them are often wide-scale and multi-dimensional. Tribes are often forced into a battle of attrition, in which they must defend their rights before a wide variety of decision-makers.”

In 2018, Amber also published “Trump’s Dismantling of the National Monuments: Sacrificing Native American Interests on the Altar of Business” in Review, condemning the Trump Administration’s demolition of Bears Ears and other National Monuments, which are also sacred spaces for many Indigenous peoples. She excoriated President Trump for his “utter disregard for the preservation of the land and for the recognition of tribal interests,” explaining: “he has proven that when those interests compete with private business interests, he will always protect the businessman, to the detriment of tribal people across the nation.”

Fearing, as she wrote in 2016, that “Tribes are suffering a death by a thousand cuts”—through battles in sacred places like the Columbia River Gorge, Standing Rock, and Bears Ears—Amber is ever-committed to protecting Indigenous communities from legal, environmental, or cultural harm.

Nine years ago, Amber began her career at K&L Gates, where she represented the Duwamish Tribe, pro bono, in their efforts to seek federal recognition. She also worked in the Native American Unit of the Northwest Justice Project, helping to provide access to justice to indigent Indigenous populations. Amber received her law degree from the University of Washington – School of Law.

Amber was born and raised in Chehalis, Washington. She is married to David Caverly, a private chef, and she is mother to their baby girl, Lily. In her free time, she enjoys reading, hiking with her dogs, and going to street fairs. Amber is an enrolled member of the Confederated Tribes of the Chehalis Reservation.

Galanda Broadman is an Indigenous Rights Law Firm with seven lawyers, and offices in Seattle and Yakima, Washington and Bend, Oregon and an affiliate in Tucson, Arizona. In existence since 2010, the firm is dedicated to protecting and defending Indigenous Treaty and sovereign rights, economic interests, and human rights.

“I am excited for my future with the firm and the ability to take a more active role in our team’s practice of law,” concluded Amber. “And I am excited to help protect Indigenous America against further environmental degradation or cultural destruction.”