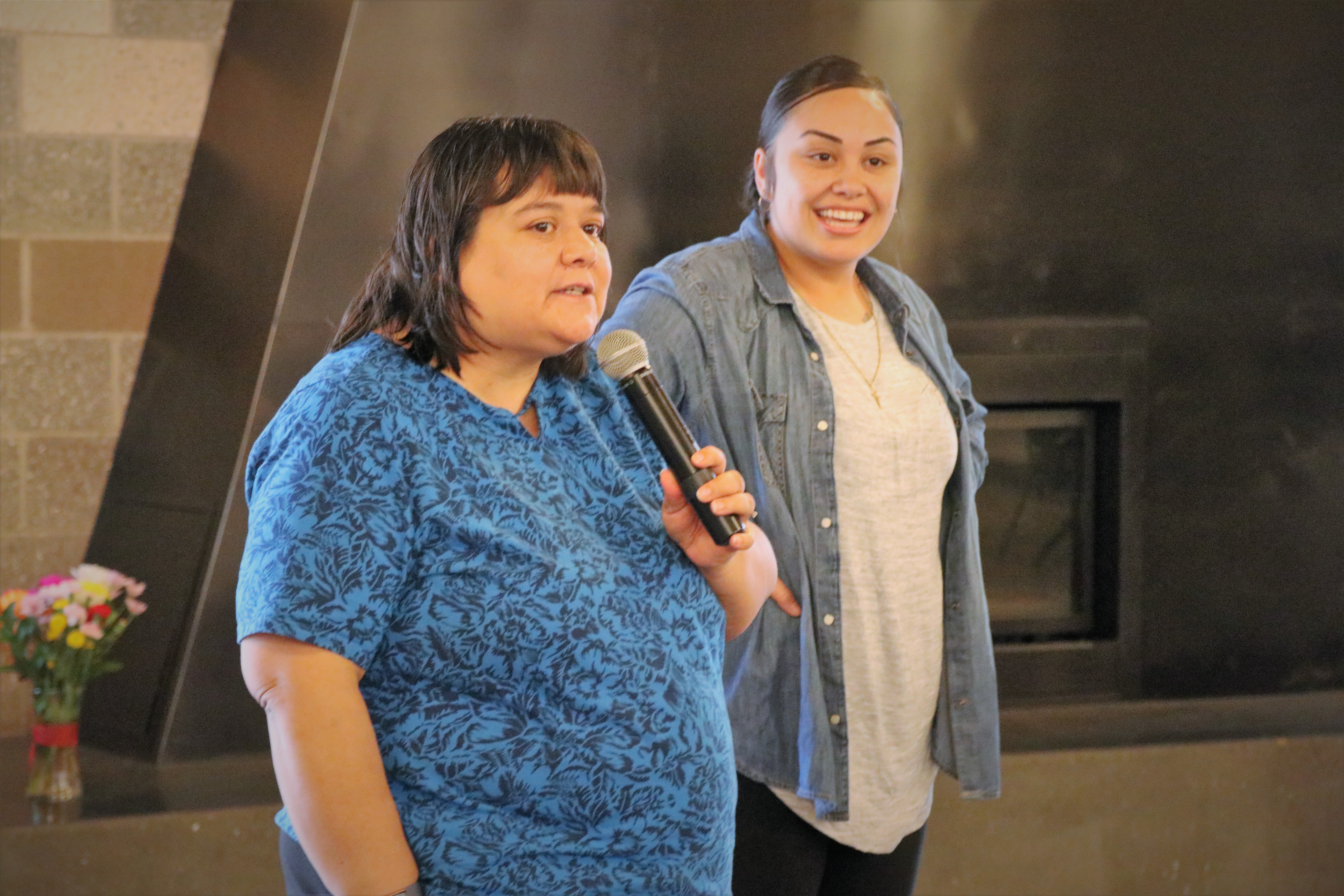 Jeanette Siufanua, Administrative Assistant for the Human Resources Department, received the February Employee of the Month during the ACE recognition lunch on March 22.

Jeanette has worked for the Chehalis tribal government for five years and has served in her current position with HR since June 2018. Her job duties vary depending on the day; one of her constant responsibilities is arranging interviews with potential employees.

Also as part of HR, one of Jeanette’s roles is to help arrange Employee of the Month events. Keeping her unaware of her nomination presented a challenge for the rest of the department. But they were able to keep it a secret and surprise Jeanette with the award.

“I didn’t anticipate this at all,” Jeanette said. She accredits her award to just being true to herself and being a caring, compassionate person.

“One of my favorite things in the world is to spread love. I love connecting with people,” Jeanette said.

Recently, she was given the task of recognizing tribal government staff on their birthdays as well as anniversaries of employment start date. Director of HR Stephanie Pickernell, who nominated Jeanette, said she really made the project her own.

She has a way of making everyone feel special, whether she’s delivering birthday cards or making announcements on the intercom.

Her lively personality is seemingly nonstop. Pickernell describes that her favorite part of working with Jeanette is how she keeps the office animated by doing things such as randomly breaking out in song.

Jeanette explained that during her previous position at Facilities, she spent a lot of time in the office by herself but she has always had an outgoing personality.

The adjustment to her new work environment came naturally. Working in HR allows her to interact more with people on a daily basis.

She is noticeably excited and enthusiastic to be at work. Additionally, Jeanette is recognized for always being polite and boosting moral in her workplace. She has a positive influence on her co-workers.

“I think Jeanette’s positivity rubs off on people. Her upbeat attitude is contagious,” Pickernell said.

She is very appreciative of everything, which is a trait Pickernell realizes she’s picked up in her time working with Jeanette. What motivates her every day is her passion for the tribe and desire to impact others’ lives.

Pickernell spoke highly of the fact that Jeanette is invested in helping tribal people find employment that suits the specific individual.

“These are our people,” Jeanette said. Ultimately, she wants to be a part of the healing process for the Chehalis tribal community.

The Social Services and Planning departments teamed up to provide Indian tacos to the employees. The meal was highlighted by Marla Medina’s frybread and various types of chili cooked by members of each department.