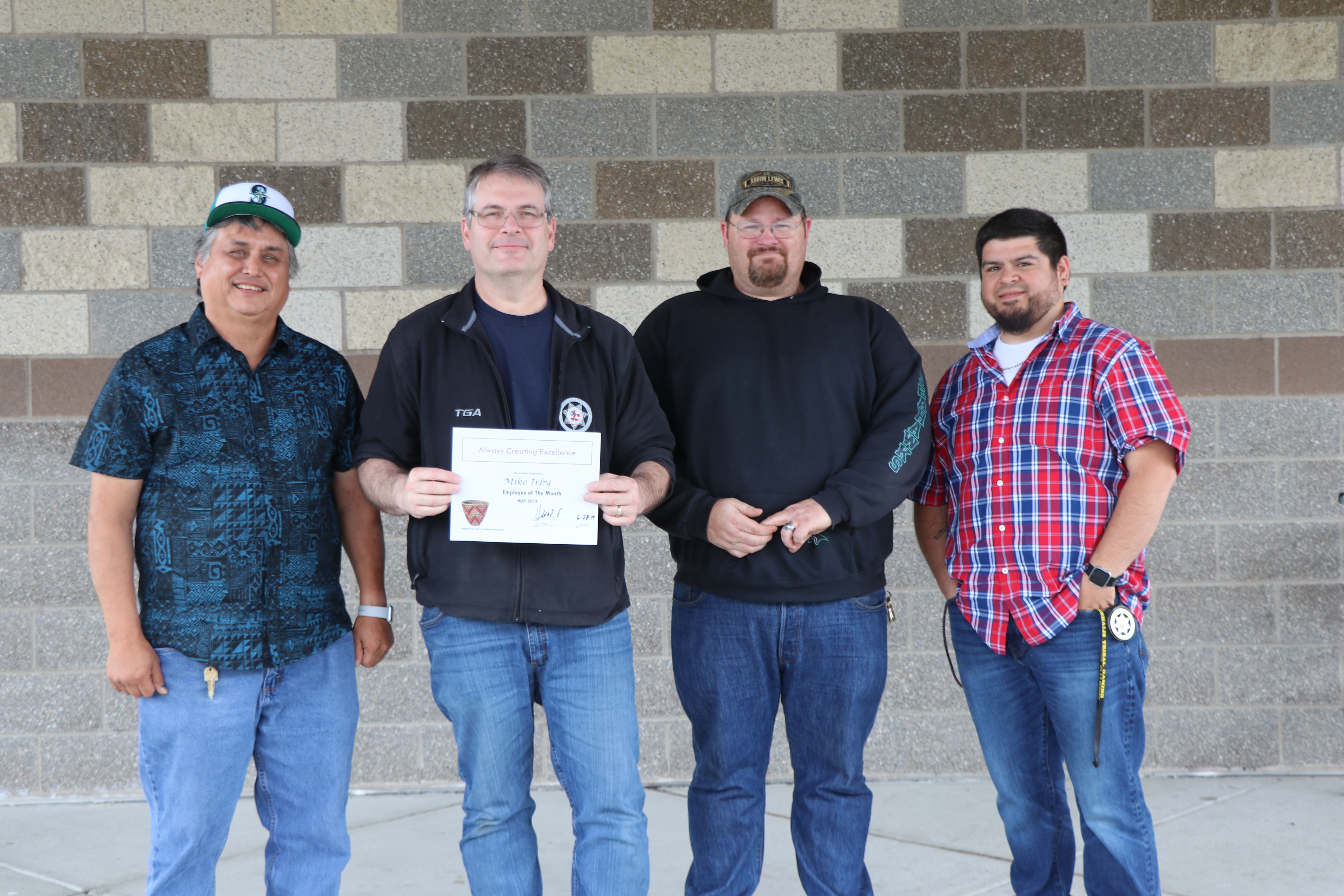 The Chehalis Tribal staff enjoyed a Hawaiian theme lunch together June 28 in the Gathering Room as Mike Irby of the Tribal Gaming Agency received the May employee of the month for his recent contributions as System Administrator.

Before the candidates were named and Irby was announced as the winner, the staff was treated to a complete island feast prepared by staff members from Behavioral Health, Housing and Wellness.

Director of Behavioral Health Leah Niccolocci emceed the event and announced Irby as the May employee of the month. She brought up co-workers who nominated Irby to share a few words.

They spoke about how Irby is a quiet, modest man who didn’t want any recognition.

However, his contribution to the department is so vast that his work couldn’t go unacknowledged.

Irby is in the process of a major switch-over for the surveillance team. They are moving from one company to another.

Additionally, he helps ensure all TGA computers are functioning correctly and keeping all other products up-to date and operational.

He also helped TGA retain specific gaming permits in a timely manner so there weren’t any setbacks on the gaming floor.