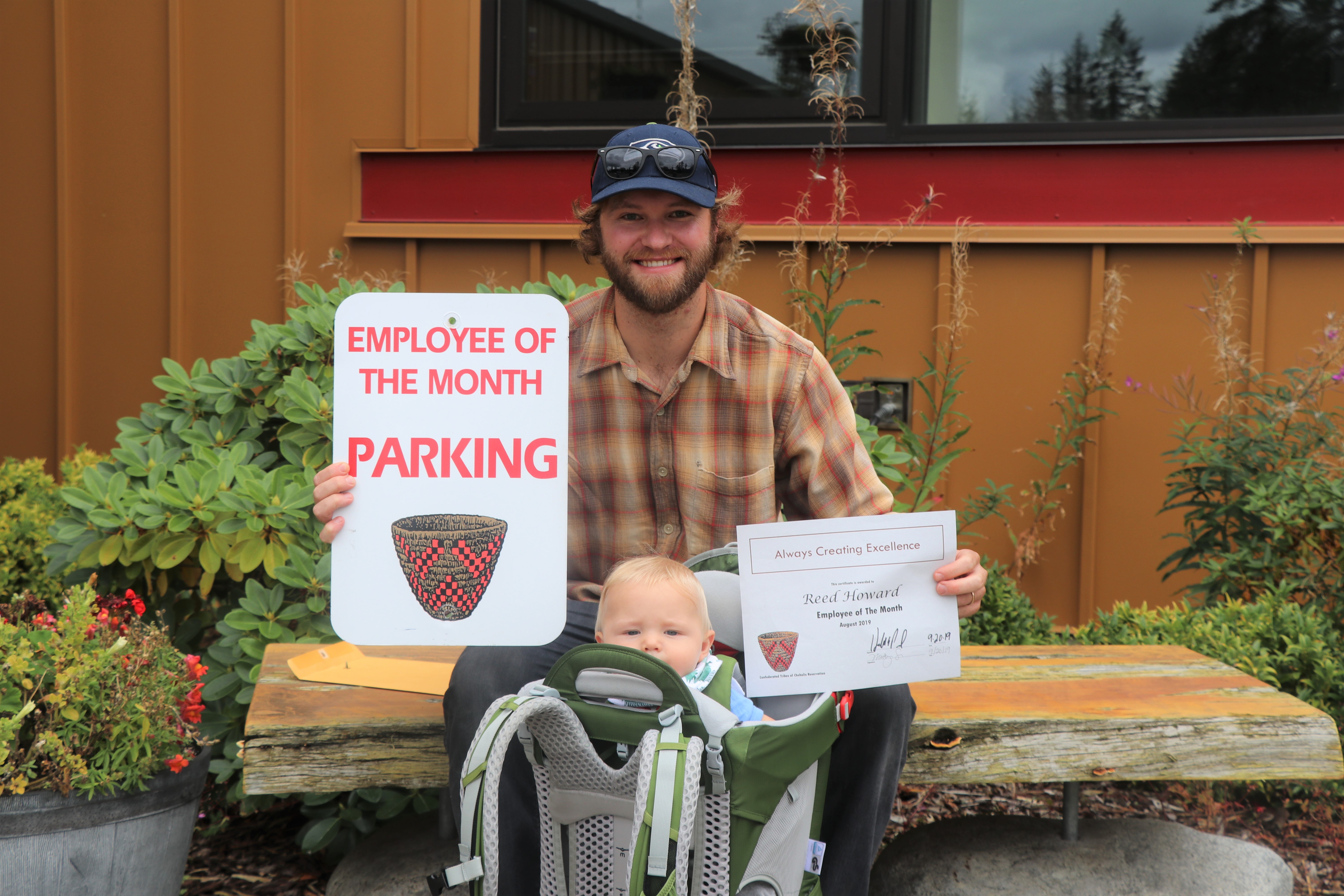 Howard was acknowledged for his hard work as he coordinated 30 tribal youth throughout the six-week Summer Youth Worker program.

Howard went above and beyond coordinating the group of youth workers, which was larger than the prior year. He helped place them with numerous departments on the reservation, finding the right fit for everyone. Because of the number of students in the program, this task was more difficult than previous years.

He made a constant effort to build relationships with each youth worker. He checked in on a regular basis to make sure they were being productive and acquiring skills they could apply in the future.

Howard adjusted his work schedule to go on trips with the youth. He assisted them on a trip to Seattle, where they visited Amazon and Microsoft headquarters. He also chaperoned during a trip to explore the campus of Oregon State University in Corvallis and the University of Oregon in Eugene.